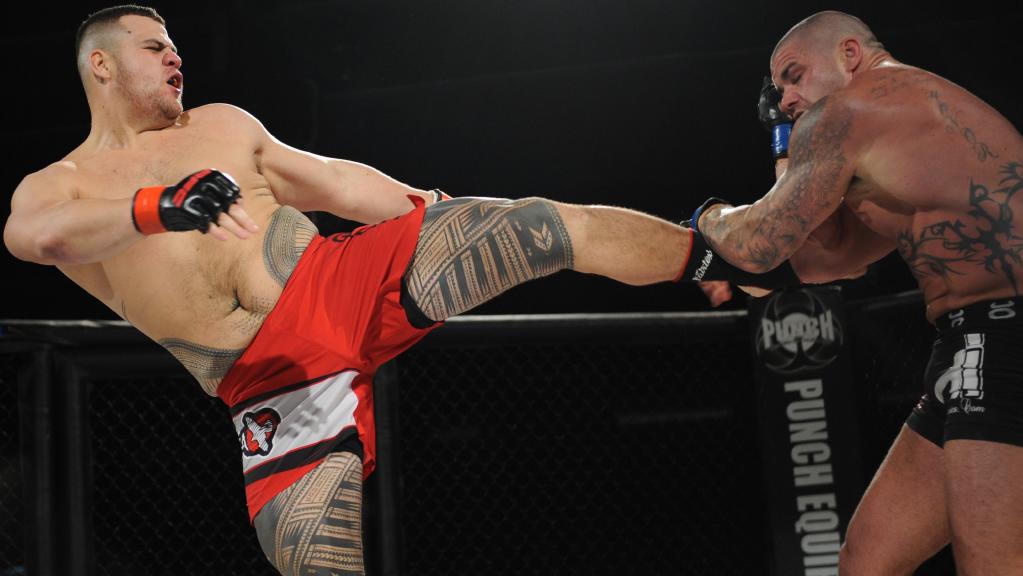 Tai Tuivasa is one of the rising stars of Australian fight sports, defining himself with knockout power across a range of disciplines.

He is the current holder of the AFC Heavyweight Championship strap. Tai acquired his desire to fight, along with the skills to do it, in the family home.

“I’ve always admired fighting,” he says. “My dad was a boxer and I grew up learning the skills from him. I had to use them, too – I had eleven brothers and sisters!”

Tai took his first formal footsteps towards the cage and the ring at the age of seventeen.

“I walked into ‘Elite Fight Gym’ in Western Sydney. I trained for three months and had my first fight.”

Predictably, he won by KO. Since that time, he’s engaged in a number of different disciplines: K1, boxing and MMA.

“I had my first fight under K1 rules in Dubai. I lost; second round stoppage. It was a kind of ‘rock up and fight’ thing. I was unprepared. Since losing it, I’ve worked a lot on my kickboxing. If I had another, I’d be very comfortable. If the money is right and the opportunity comes, I’ll take it.”

He has also had a number of boxing fights, most of them chalked up in the ‘win’ column.

“I’ve had seven boxing fights, but they were part of eight-man eliminators. I made it to the final both times, but lost in the final.”

Tai has fared better in MMA. He is the current AFC heavyweight champion, having won all ten of his fights.

“Now, I’m focused primarily on MMA. I always have been, but my weight has been an issue. I’ve always been sitting around 145-150kg. To fight good guys in MMA, I was too big. I’ve got my weight where it should be, and I’m ready now. Life has changed a little bit – I’ve got a kid on the way!”

Prior to dedicating himself to fighting full-time, Tai had been a youth worker.

“I used to do youth work and community work with elderly and disabled people. I also worked with Aboriginal people. If they had difficulty reading, or were slow learning, then I’d help them.”

Tai is dedicated to his aspirations, having committed himself to life as a full-time fighter.

“I’m currently training with Sean Sullivan at Lion’s High-Performance Center in St Mary’s, in Western Sydney. Sean has been a family friend forever. He started me in the fight game, and helped keep me on track and interested in where I needed to go.”

While Tai has a strong natural asset in his hands, he is aware that the rest of his game as an MMA fighter needs to be properly fleshed-out.

“I do a fair bit of wrestling… working on getting my ground escapes as good as I can. Stand-up is my main thing. I’m developing my ground work to keep it [the fight] standing.”

The blueprint for that style of fighting has already been perfected by fellow Aussie Mark Hunt, who is passing on the skills to Tai through his training camps.

“I’ve been training with Mark for three years now, on and off. When there is a fight camp, I go away with him, help him spar, as well as another group of boys. It’s good to sit back and watch someone I’ve watched my whole life, and then do what I’m told!”

Tai also has his sights set on the main stage of the UFC. His plan is simple.

“I’m going to keep doing what I’m doing; keep taking fights, keep knocking them out. Get it over and done with. If I do that I should be right, I hope. I’m in the midst of booking my next fight. I started back training this week so I’ll be ready. There’s no date or opponent just yet.”

When asked for a hint, Tai offers up the name we most want to hear. 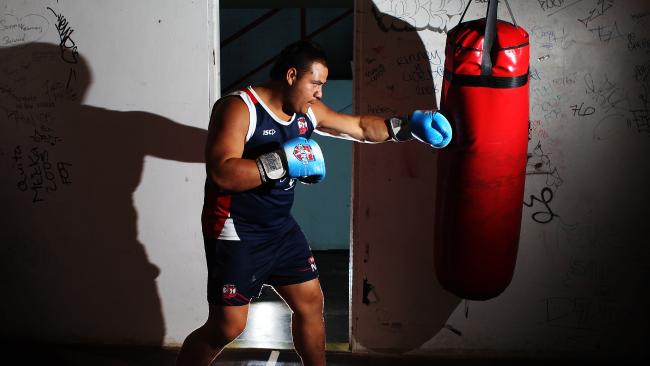