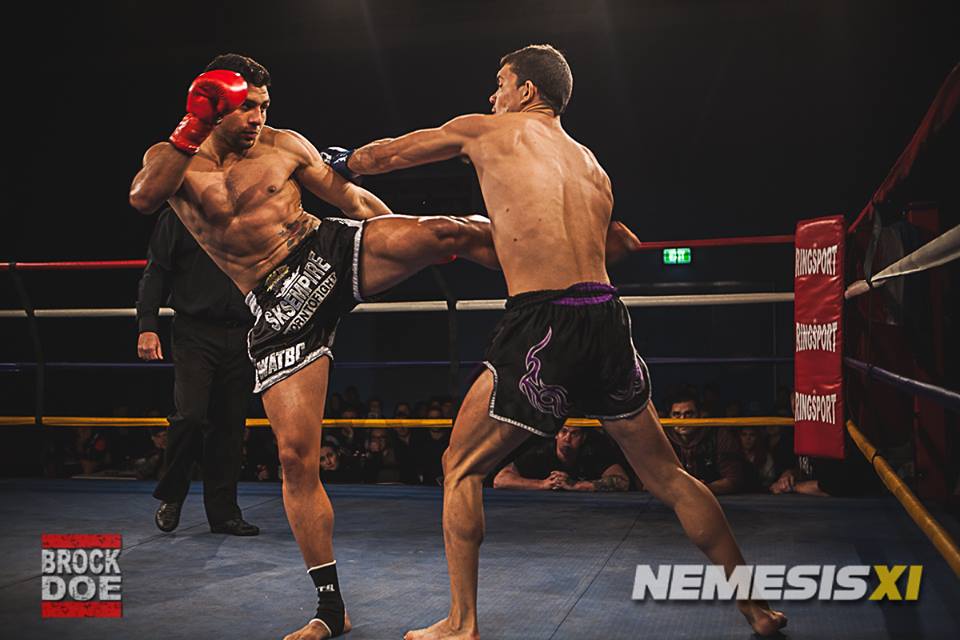 “You have one career and one only – you have to go out there and make it happen. Fight hard and fight often, make a plan and stick to it!

“I find many people don’t succeed because they are scared to take risks but I am where I am now because of all the risks I have taken; fighting on twenty-four hours notice, injured, sick, whatever it may be, fighters fight, so go out there and fight!”

Milad Farzad’s advice is unequivocal. It’s knowledge he’s earned first hand and his record speaks for itself. He holds a swag of titles, among them the WMC Intercontinental championship belt at 72.5 kilograms.

Most recently, he garnered a win at one of the most prestigious tournaments on the Thai boxing calendar, the Max Muay Thai tournament in Thailand.

When International Kickboxer Magazine last caught up with Millad, he had just crossed the line between being a boy and a man. Now, at the age of twenty, he’s established himself as a professional, as opposed to being a teenager trying to find (his hands) and feet in a man’s game.

“Things haven’t changed much, to be honest. I’m focused on what I want and I’m gonna make sure I get there no matter what my situation. I feel like I am now the stronger fighter every time I fight in the ring.”

Peter Boyd, head trainer at the Western Australian Thai Boxing Center, has been training Millad since he began in the sport.

“His dedication has always been the same. Now, he’s trying to choose his opponents more carefully. He wants to be the best, so he’s looking for opponents that are at the same level or above to test himself.” 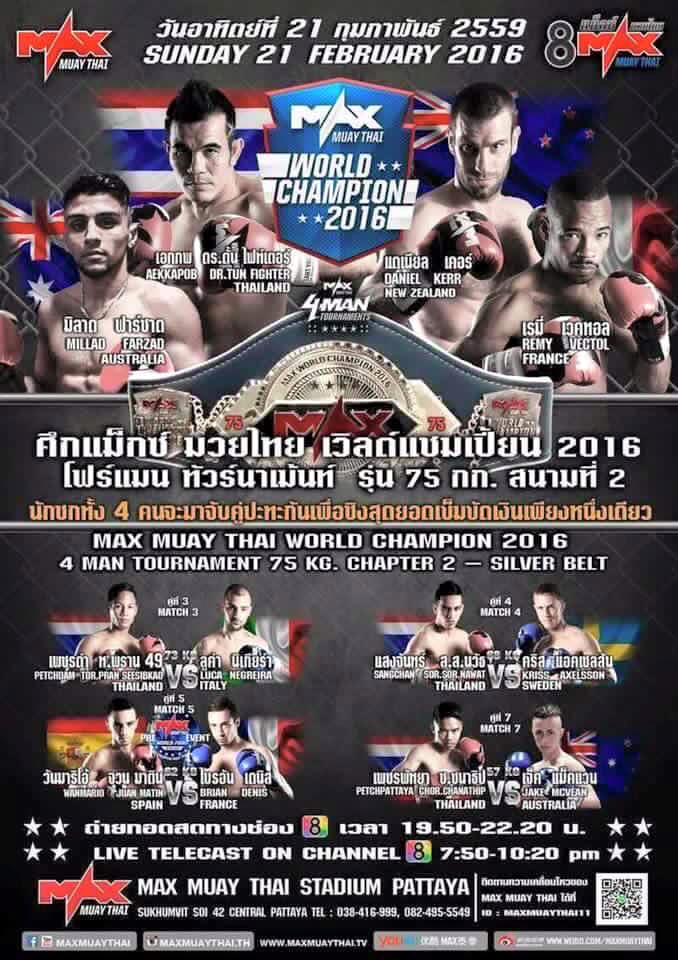 “We sit down as a team and choose an opponent based on merit and benefit. Millad trains and studies them accordingly. He looks at what he’s doing and works out how to beat them.”

The biggest change for Millad seems to be in the way he feels physically from fight to fight.

That said, the game has changed in that it has become more serious.

“I find at this level you can’t make mistakes; you make a mistake and that could be the last mistake you make on the night. Every fighter can knock you out so you have to always be ready. Fighting ‘A’ class isn’t easy, but I wouldn’t be in this sport if it was.” 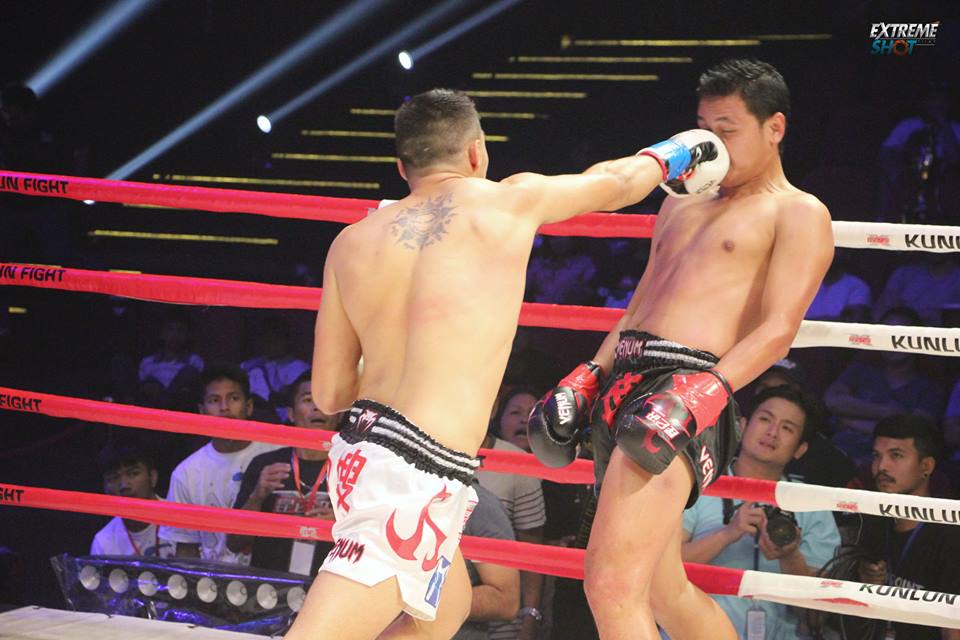 The real index of a fighter’s quality isn’t in his record; it’s in terms of the people he has fought. Millad recently turned twenty and in the two years he’s been old enough to buy alcohol, drive a car and vote, he’s fought many of the best fighters in the world.

“I fought Fahmongkon Sor Danjayong on December seventh, in 2011. He was ranked top ten at Lumpinee and [also] Isuzu champion. I knocked him out in the second round.

One of his most distinguished fights was against Saiyok, in which the decision went against him.

“On October twenty-one in 2014 I fought Saiyok Pumpanmuang, who many people believe is the number one fighter in my division. It was on THAI FIGHT in Bangkok with over 3000 spectators. Although everyone had written me off, I knew what I was there for and I went in there to get it.”

“When Millad turned, eighteen, he went to train in Thailand,” says Peter, “And do his own thing. He was training in Pattaya, in Usuf Baldman’s gym. Looking at the fight, I felt Millad was stronger; more aggressive.

I felt he won. Saiyok was the favourite. He had the sponsors backing him. I don’t think the promoters expected [Millad] to take it to him the way he did.” 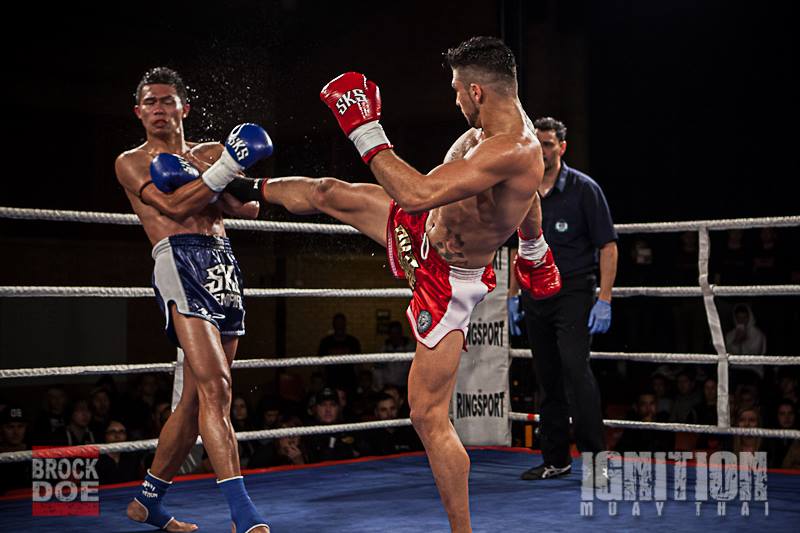 “From the opening bell I went in and didn’t show him any respect,” says Millad. “It was a war; the whole fight, slinging elbows and knees against one of the best fighters on the planet… there’s nothing quite like it.

“The fight ended in a loss but watch the fight on YouTube and decide for yourself. Win or loss, I knew where I stood after this.”

Millad’s appraisal wasn’t far off the mark, a mark he managed to hit when he appeared on the Max Four-Man Tournament.

“Man, it was crazy!” he says. “The whole lead-up and fight was nuts! I got the call to fight about five weeks before, after not fighting for a few months because I had a hand injury.

“I was about ninety kilos after New Years and had to get [down] to seventy-five in five weeks, but there was no way I was letting that opportunity go. I made the weight with strict dieting and hard work. I drew Daniel Kerr in the first fight we fought to an extension round, with me taking the win.

“Knowing I had to fight again in thirty minutes, I had to get myself mentally prepared to do it again. I felt much better the second fight because I’d warmed up in the first. At the end of round two, I knew I had him.

“He was crumbling from my elbows and kicks and it was visible. It was such a great moment to have my trainer, Peter Boyd, there to take the victory with me. It’s been many years coming!” 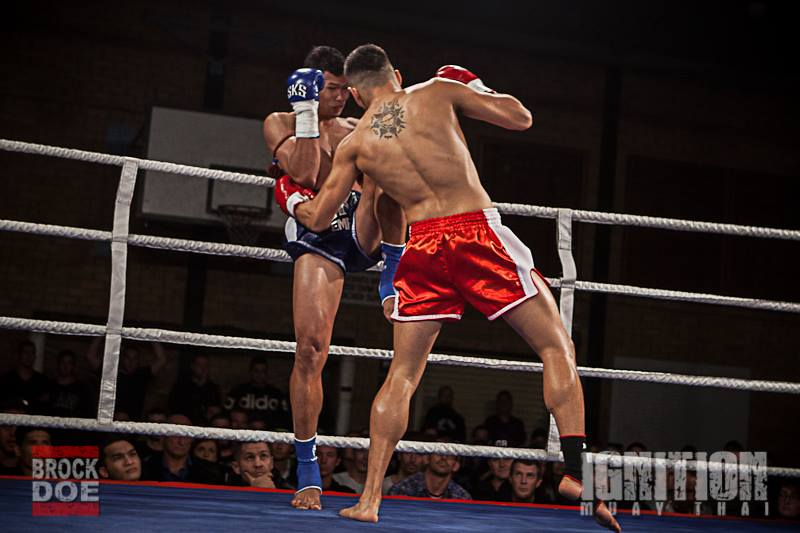 “That was my first fight with him overseas since he returned from Thailand,” says Peter. “For this fight, he trained purely with us [at the Western Australia Thai Boxing Center]. The outcome was pretty good; he also finished with no injuries.

“Daniel Kerr is a tough opponent; he’s been around a long time. Remy Vectol [from France] had beaten [his] Thai opponent convincingly. Millad landed a few step up knees and a walk through elbow, and Remy backed off. The fight went all his way after that.”

Peter also feels that the tried-and-tested relationship they have enjoyed was integral to the result.

“Because I’ve been with him since he was a kid, he was more relaxed and focused because I was there.”

The win has lifted Millad’s international profile significantly, and bought significant opportunity with it.

“I’m now in the gold tournament for 1 Million baht later in the year which is between the each finalist of each four-man tournament. I also have many big fights on ‘Kunlun Fight’. The fights are coming, and I’m here to take them out!”

As Millad has improved inside the ring, he has also got a greater sense of what he needs to do in training to perform once he’s in there.

“I’ve come to believe shadow boxing and sparring are the most important parts of preparation, for sure. I find that if I’m sparring a lot I fight a lot better, and shadow boxing… I can’t talk [enough] about how important it is.

“It’s where I get my confidence in my fights… the movements and seeing what you will do and how it will work; working on your strengths to show [the opponent’s] holes… I don’t just shadow box to shadow box; I shadow box differently for every opponent.”

Millad’s star is rising, and he is hungry. He plans to extend his skill set out into the biggest territories in the world of stand-up fighting.

“We’re training twice a day,” says Peter. “We do three rounds in the morning and work on his boxing; hopefully; he’ll move towards K1 rules on ‘Glory’. I think he’s a bit young for Glory at the moment; he needs to be more seasoned.

“Kunlun’, who are a Chinese corporation, also stage kickboxing under K1 rules. Millad is a Thai stylist; his kicks and step-up knees are his tools, standing up and fighting front-on.

“We getting him to move off more, changing angles, throwing more punches in his combos, and develop his hands.”

Regardless of the how, Millad is absolutely clear about the what. 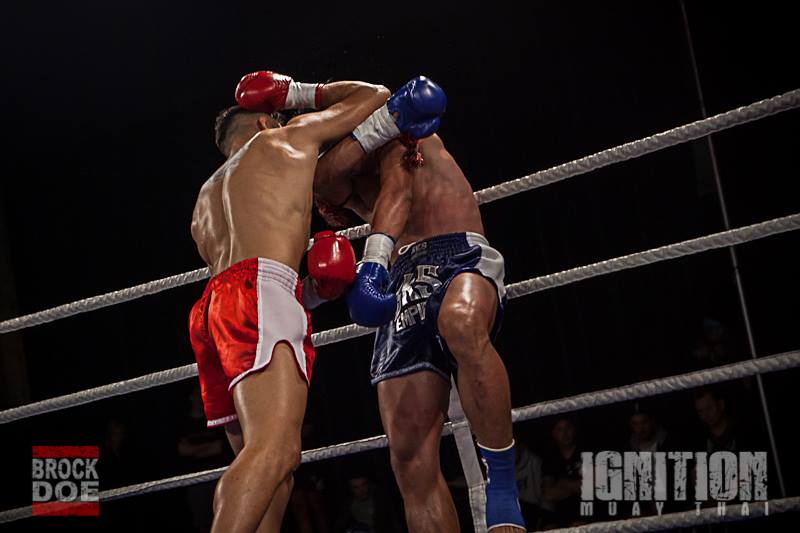 “I want to fight the best Muay Thai fighters in the world then move to K1 [rules]. I’ve got a huge passion for K1. I love how it’s so explosive and full-on all the time; I love how you can’t make mistakes or its over. Those are the kinds of fights I want to be in.”

Fortunately, regardless of the rules, those are the fights we want to see.