Kurtis Staiti: In The Bloodline 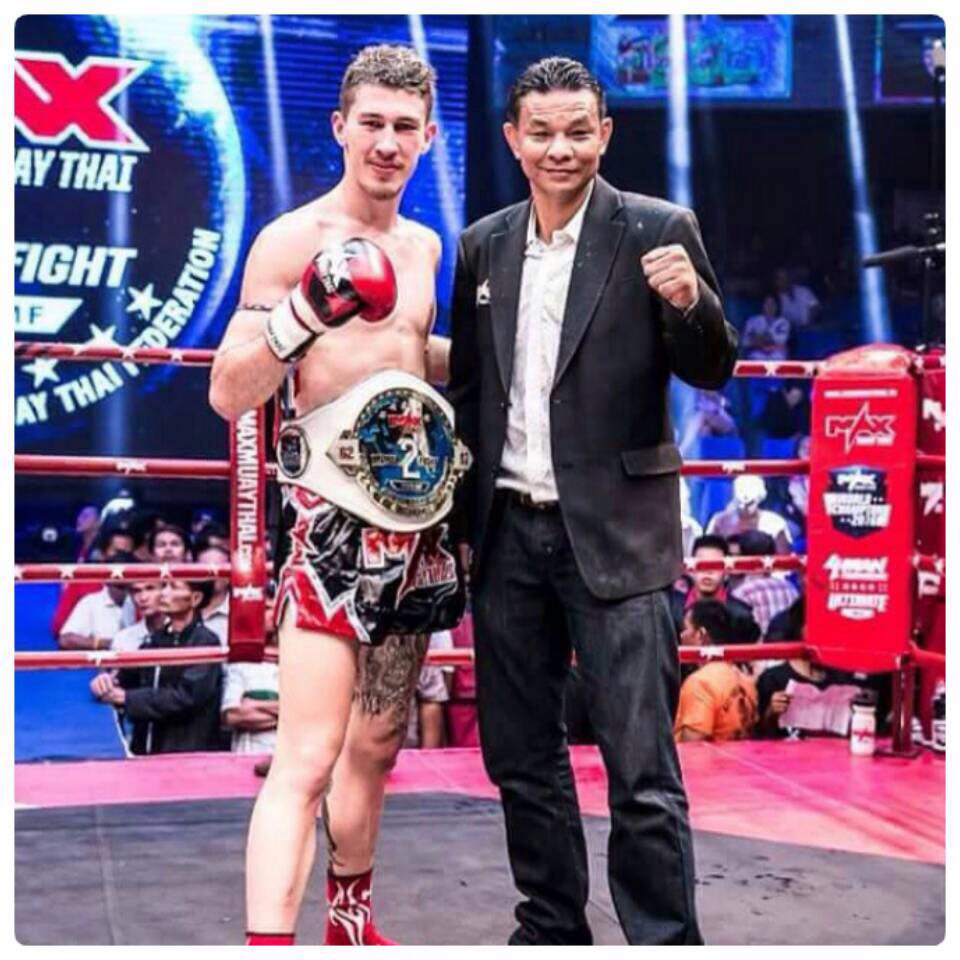 Kurt Staiti has the advantage of coming from a close-knit family of Muay Thai addicts. His uncle is Mark Staiti, who was introduced to Peter Kent, head trainer of Matrix Muay Thai, by Chris Staiti, Kurt’s father.

“My background is in martial arts,” says Chris. “I trained and took classes. The boys grew up around the gym. Kurt has literally always been around it. He grew up around fighting and everything, so it was a natural progression.”

If anything, Kurt’s story started some time before he was born, when his uncle Mark was introduced to Peter Kent by Kurt’s father, Chris.

“Chris bought Mark to me when he was 21,” says Peter. “He’d done a year of training and lost both his fights. Mark lived a forty-minute drive away, but once he came down, he never left. We’re like family.”

Once Mark began training at Matrix Muay Thai, his fortunes as a fighter began to change. Over the course of his career Mark had thirty-two wins from forty-three fights, picking up two professional Australian Muay Thai titles along the way.

“I had Frank Giorgi and Mark Staiti [training with me] at the time,” says Peter. “Me and Paul [Demicoli] could see if that Kurt kept going, he was going to be a success.”

That success meant finding opponents for young Kurt to sharpen his skills and will to win.

“You’ve got to go back about twelve or thirteen years – nothing was going on. When [Kurt] did fight, he was winning convincingly. People like Paul Demicoli would fly an opponent in so he would have someone to fight.”

Peter Kent took charge of Kurt’s training when he was six or seven years of age. 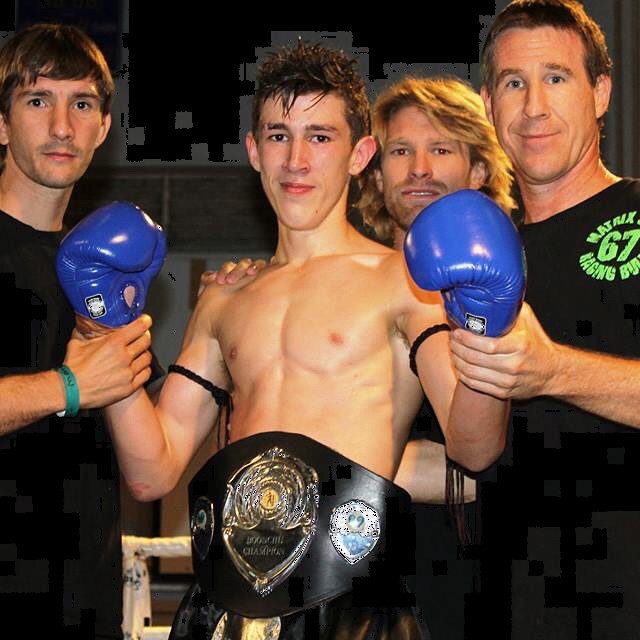 “I started training him somewhere between [the age of] six or seven. He always had a good attitude to training. He took one break to go and play footy for a year… it was hard to get him fights because he was a child.

“Funnily enough, the only time he’s been hurt is playing football or playing soccer. He had a fractured eye-socket in Rugby League, and injured one ankle really badly playing soccer.”

Peter’s approach to the young Kurt was simple, and in-line with the way he trained both Mark and Frank Giorgi.

“I approached him like I approached an adult. I only train people that I think are going to go the distance: I don’t like wasting my time. Kurt did a little bit of karate before that, anyway, and I think he was looking for more, even as a kid like that.

“I was seven years old when I had my first fight,” Kurt remembers. “It was a karate point-scoring fight. I then did a boxing exhibition fight when I was ten. There were three of us, and we did a round-robin. I’m pretty sure I lost; I was a bit upset.”

Mark Staiti identifies that upset as being at the core of Kurt’s personality as a fighter.

“He always had the heart to do it. He wasn’t the most technically gifted, but he always had a big heart. He never wanted to lose. He hated losing. He always had that will to win, regardless of who was in front of him.”

Kurt’s circle of supporters didn’t allow the loss and subsequent disappointment to unsettle him. He was soon to make his Muay Thai debut.

“I fought on one of Wayne Parr’s early Boonchu Cup tournaments, held in an old building in Southport. I was twelve; it was held under full Thai rules, but we had to wear shin pads and headgear.”

“He let me interview him for a school project once.” 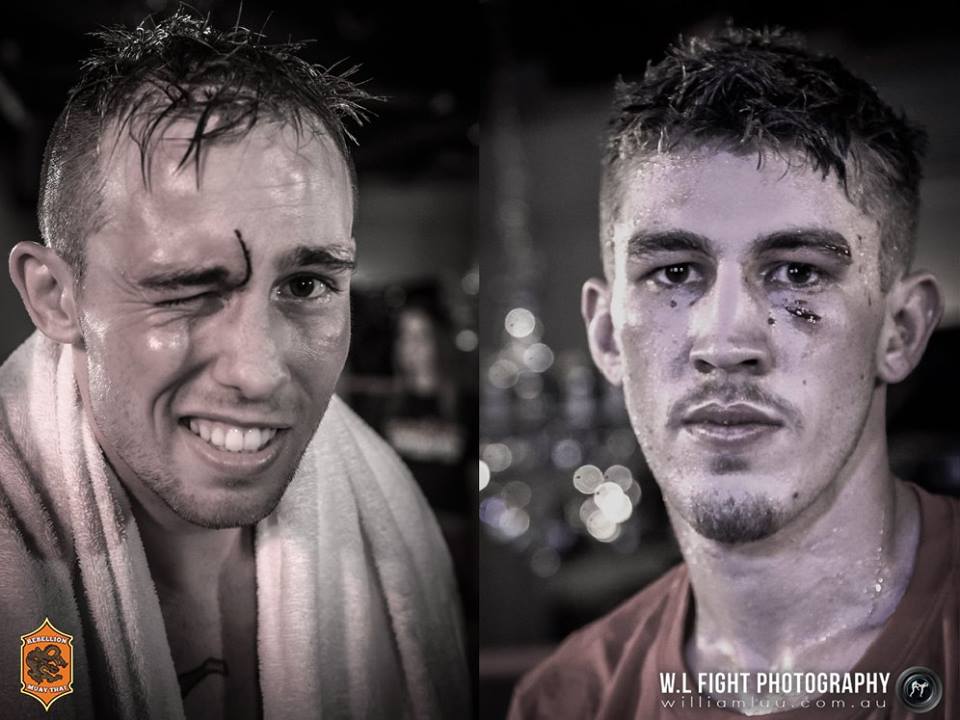 Throughout his adolescence, fighting sports remained a constant in Kurt’s life.

“I kept doing Muay Thai for a few years, and when I was thirteen, I was allowed to do amateur boxing. I did that for one year. I had six or seven fights and won three of them. Finally, in the South Eastern Queensland Golden Gloves tournament, I won the silver gloves.”

Despite that win, Kurt was soon to return to his first love, Muay Thai.

“I got a bit bored. Sometimes, during boxing fights, I’d go to throw a couple of knees or kicks.”

Throughout, Kurt had the ongoing support of an organized group of people who understood his best interests, including an encouraging father who knew that too much of the wrong kind of influence was a bad thing.

“I teach defensive driving courses, and one of the things I’ve learned in my life is that kids don’t listen to their parents,” says Chris. “I also deal with a lot of parents who put a lot of their own pressures on their kids. It’s no good. I didn’t want to do that to my boys; I wanted them to enjoy [fighting] and have their own fun.”

The recipe has been a successful one. By the age of nineteen, Kurt has accumulated a total of forty-five fights for thirty-five wins, in addition to acquiring both the Queensland WMC junior title and the WBC professional title.

Of those around him to provide guidance, his uncle Mark bought his own experience of professional fighting to bear.

“I encourage him not to let his friends influence him. When I was in my prime, around twenty-three –I was still quite young – all my mates were going out drinking and partying [and] they wanted me to follow. I try and steer him away. I tell him, ‘They won’t be there in fifteen years. It’ll be the others that help you through that’ll be there’. 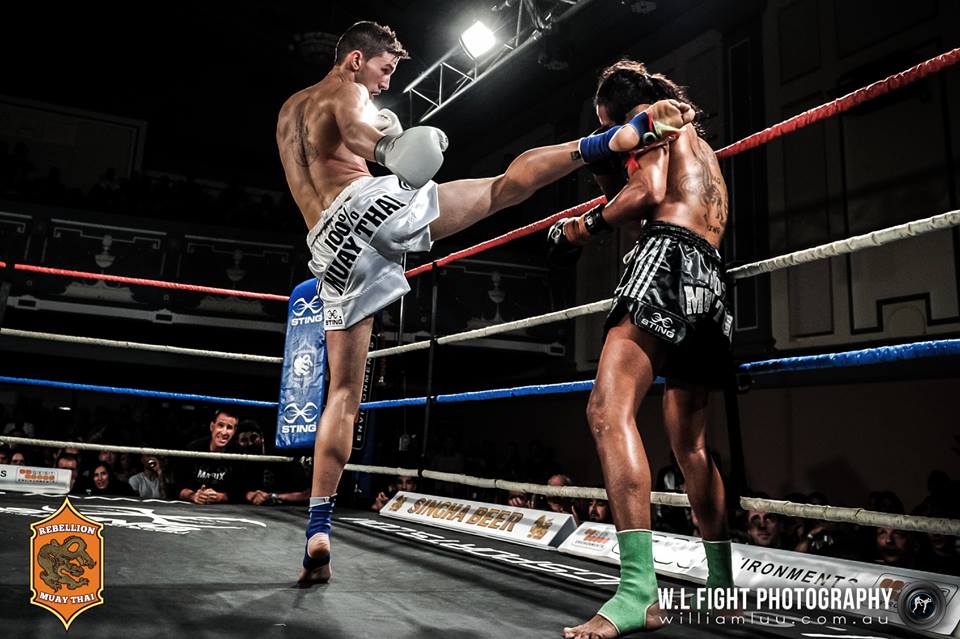 “You can’t do this sport when you’re forty; you have to do it while you can. He’s got a good five or so years ahead of him when he can get to the top and stay at the top. The most significant advice I can give is how to be a pro fighter.

“You have to turn up to training on-time and be dedicated. If you want to do this, have to do it properly. It’s the little things like that I try to push. Most of all, be professional.”

At fifteen years of age, Kurt made his first trip to Thailand.

“I went in 2011 for two weeks to Rob Cox’s gym, Kiatphontip, for two weeks. I loved it there. Training with the Thais and going to the MBK shopping center every day!”

Upon his return to Australia, Kurt was soon to test the value of his time spent training in Thailand.

“I came back and fought Corey Nicholson from Iron Fist. I won it on points.”

Training in Thailand lifted Kurt’s standard to the next level. Based on connections forged through Matrix Muay Thai, Kurt next found himself training at the Lamnammoon Muay Thai Sor. Sumalee Gym.

“Peter Kent got a pad man from the gym and that’s how I ended up here. It’s located in the east of Thailand. I love it; it’s quiet. There’s not much to do but train and fight.”

“I bought Lam here [to Australia] in 2007,” says Peter. “He lived at my house for a year and worked at the gym as a trainer. I forged a relationship with him. We get along really well personally. We’ve stopped going to other gyms in Thailand now and just go to his.”

Peter believes that Lamnammoon has the ability to take Kurt all the way. 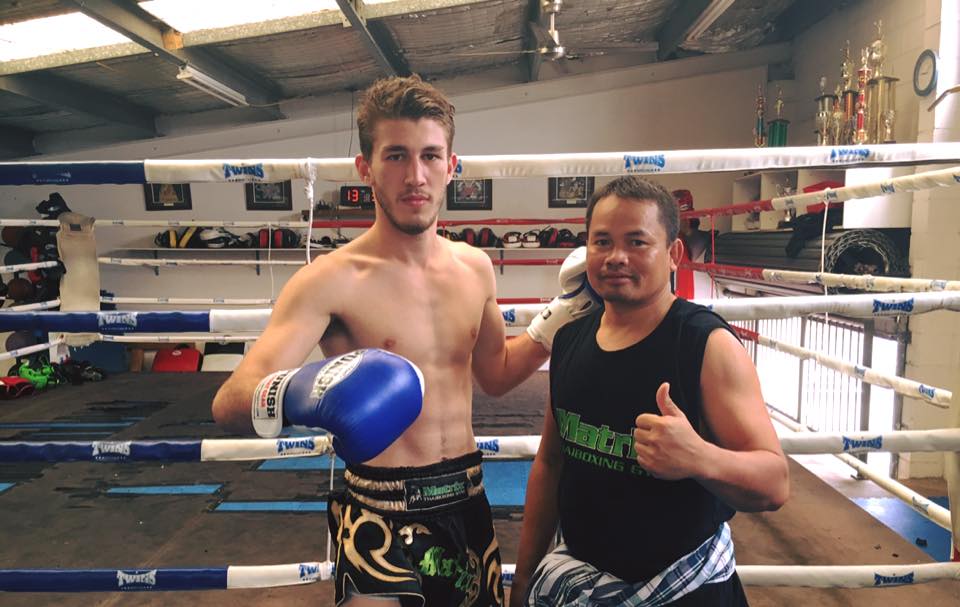 “It was a goal for Kurt to be world champ. He beat everybody as a junior and started to fight men at sixteen. He only ever lost to one Aussie; all his other losses were to Thais. I said to him, ‘A couple more fights and you’ll be top of tree – who are you going to fight then?’

“There’s no use being the best in Australia and not going anywhere. If you want to be a real world champion, you need to go to Thailand and train there for the next four to six years and from there, you can go anywhere.”

Kurt seems to have been comfortable with this advice, moving to Thailand and spending the majority of his time living there, training and fighting. Peter Kent’s advice appears to have been prophetic. After thirteen years, Kurt is receiving opportunities the equal of his pedigree.

“I’ve been fighting on the Max Muay Thai shows quite a lot. They’ve got a really high standard of production… [they have] the number one television ratings in Thailand. The last tournament was broadcast in over forty countries in Europe.

“Having Lamnammoon as my trainer, people recognize the gym and my fighting style. I’ve got a few fans from the way I fight. It’s very ‘Walk forward with knees and punches and lock in from the clinch.”

Lamnammoon’s approach seems to be effective.

“I made the tournament final,” says Kurt. “My first draw was against a Russian fighter, Timur Mamatisakov, from the Sasiprapa Gym in Bangkok. It went really well; I stopped him forty seconds into the first round with a body punch.

“Then I fought Kengsiam. We fought the full three rounds of the fight before the judges called it a draw. After the fourth round, the judges gave it to him. I came out a little banged up. He landed a sweet elbow on my jaw – it hurt for a little while.”

For now, Kurt and Kengsaim appear to be set on a collision course.

“My next fight is coming up on January thirty-one on Max Muay Thai. I’m currently ranked number two; I have to fight Mamatisakov again. The winner out of that gets to fight Kengsiam, possibly on May the first.”

“I think it’s great he’s living in Thailand,” says his father, Chris. “I wanted him to get out of the home, go and travel and experience life. I made a mistake; I got stuck in the military [when I was young]. I told my sons, ‘Don’t get stuck in work; there’s no need to get too serious, too quick.

“There’s plenty of time for bills and a mortgage. Go out and enjoy yourself. Recently, he went out and [toured] some of the islands. Making different friends every day; it’s so easy. It’s great that he gets to go out to meet people and have fun.”

Even better, Kurt continues to win. 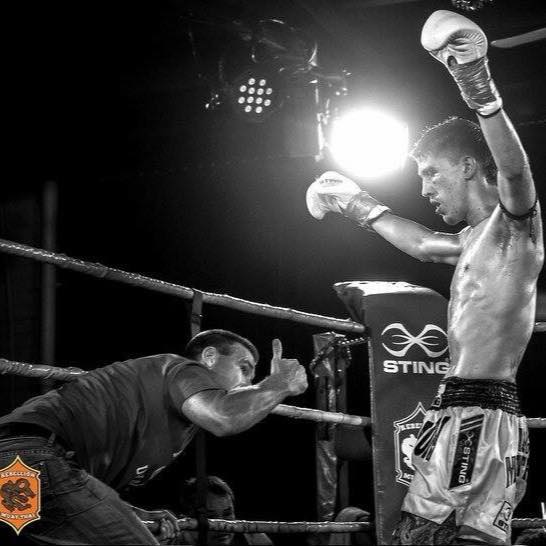