Is Sugar the Devil? 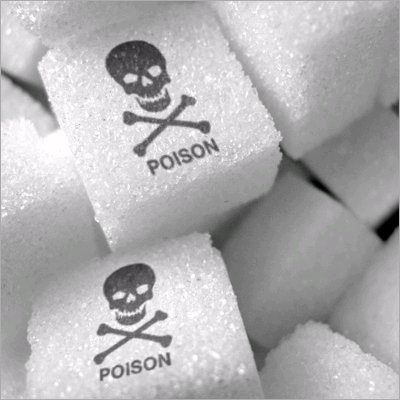 “The other hypothesis – which I argued in a New York Times Magazine article in April, “Is Sugar Toxic?” – is that sugar is required to create insulin resistance. Our livers didn’t evolve to deal with these large doses of fructose that are dumped on them in the course of drinking a glass of orange juice or a Coca-Cola.

“So the sugar causes the initial insulin resistance, and then when your body becomes resistant to insulin you have to secrete more insulin to deal with the carbohydrates you’re consuming, and now other carbohydrates become bad too.”

and the end of the article:

“In that article she’s arguing – based on her own and her mother’s experience – that once you get fat you’re probably destined to stay fat. You’re saying she’s wrong?

“Yes! The reason you can’t lose weight is because you’re trying to cure a hormonal disorder by starving people. It’s not a disorder of eating too much, and starving people isn’t the cure. In all the studies we’re looking at, that remains the underlying assumption – that the way to lose weight is to starve people.

“People think it’s impossible to lose weight and keep it off because they don’t understand why they’re fat to begin with, and they’re using the wrong treatment, not because the hormonal disorder can’t be cured or prevented. It’s like doctors trying to cure bacterial infections with antiviral drugs, and then throwing up their hands saying it’s hopeless because the treatment failed.

“Get the right treatment, the right intervention, and obesity can be cured and prevented in most people. That’s what I’m arguing.”