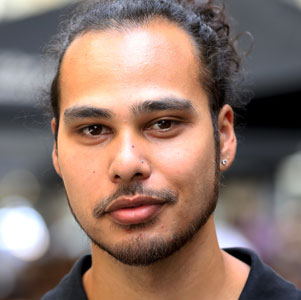 How did you end up a trainer?

I started going to the gym about fifteen, sixteen years of age. I was getting into bodybuilding stuff then. I was playing around; I had no idea what I was doing. I began with two other friends – they weren’t even my friends at the time – and started training with them.

I enjoyed it, though, and continued training trying to learn more and more. In school, I decided that might be the pathway to a real career. I went to an open day at ACU and talked about what was on offer and how to get in. Essentially, I was thinking about exercise science and how to apply it to the gym. 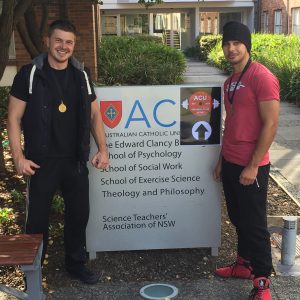 What was your reason for starting to train in a gym?

I wanted to get bigger at the start of my training; I wanted to look bigger. That’s probably what attracted me. My goal changed at while I was studying at uni. I was training more in terms of reps (with a focus on getting bigger), and not as concerned as much about the total weight [I was lifting].

Eventually, I joined the barbell club, which was run by two tutors. The focus of the club’s activities was based on understanding the Olympic lifts (the snatch and the clean and jerk – the two lifts that feature in the Olympic Games) and power lifts (bench press, squat and deadlift).

Basically, the strength sport side of things. I’d performed those lifts before, but technique wasn’t something I’d really considered. Even with [something as simple as] the bench press, I was always very uneven. I learned to go back, drop the weight and learn proper technique, which increased my ability to lift. 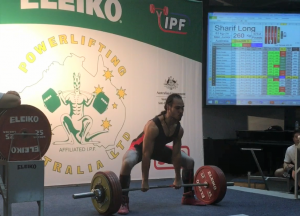 How did that change your training?

I found that I now enjoyed going to the club and lifting. They ran little comps; not just power lifting, but Olympic lifting was mixed in. There was a deadlift comp and I managed to win it. On the day, I lifted 180kg. It looks pretty ugly in the photo, but it was awesome!

After that, I wanted to continue getting stronger and I started playing around with different programming. This was as aspect I hadn’t thought of, let alone understood, before the club. I also started reading different articles to try and understand exactly why certain clubs, like Westside Barbell, did what they did. I started to use some of those programs myself and apply them to competitions.

I wasn’t sure if I could win when I looked at the results, but once I started to participate, I got hooked on it. Competitions became a goal to work towards. I met other lifters and became part of a community. 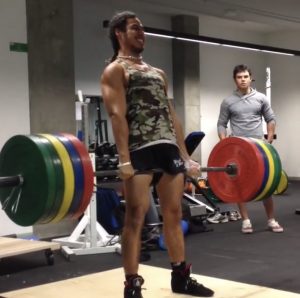 How do these experiences inform you as a trainer?

I carry what I learned from that experience into PT. I make sure people understand what they’re doing, and why. Also, I can see a lot of people’s issues in myself. If they have issues with their form, I can often sort them out in terms of what has worked for me or I’ll research to find the answer. Competition made me look into lots more things that could better me as a lifter, and they better my clients, too.

Most of all, I like to show people that they can do things they didn’t expect they could do. They have an expectation of where they’re at and what they should be capable of, and it’s often far short of what they’re actually capable.

Especially amongst people who have hurt themselves. Often, they’ve got pain and they’ve been told they can’t do something. There might be something you can’t do, but it’s better to understand what exactly that is and why you can’t do it. And after that, we set about finding a way you can.