Inside Golden Glory, the World’s Number One Dutch Kickboxing Gym 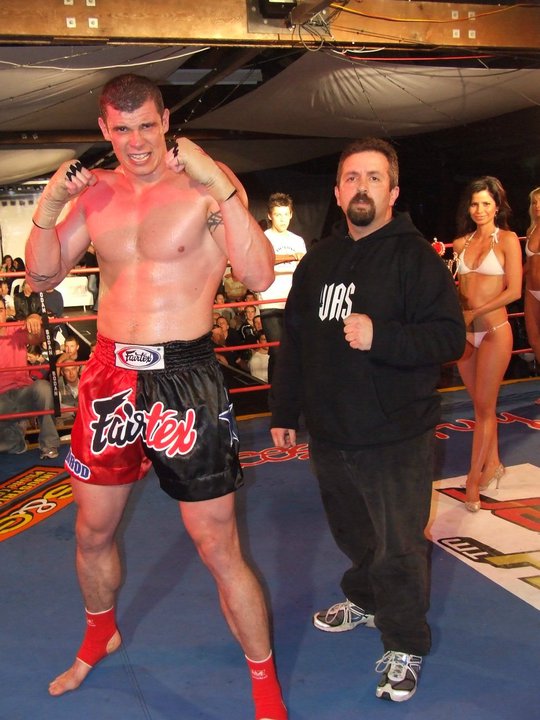 Australian Heavyweight Jarrod Boyle lives in Breda, Holland, where he trains out of the world-renowned Golden Glory Gym, home to such champions as Semmy Schilt, Errol Zimmerman, Gokhan Saki  and Stefan Leko. In the following story, Jarrod takes us inside a typical Dutch ‘A Class’ training session.

A gym like Golden Glory is always educational, even in the change rooms. The other day, Valentijn Overeem made the following comment over borrowed deodorant;

‘It’s great to train at a gym where they really understand heavyweight fighters.’

‘Training for lightweights, middleweights, it’s a totally different thing,’ he said. ‘Smaller fighters, it’s a lot more conditioning. Heavyweights have to concentrate more on their power. They don’t hit each other as much, but everything is hard.’

This was not a distinction that had previously occurred to me, but like most profound statements, it became obvious once someone else had said it. Golden Glory, a gym which specialises in heavyweight fighters, has a specific way of going about things.

Surprisingly, it isn’t entirely different from training in Australia. Before arriving in Holland, I had expected everything short of black magic (and possibly that, too). I discovered it was just a room full of big guys, numbering anywhere from 4 fighters up to 12 or 16 on the very busiest days when the MMA fighters come from Almesfort to work on their stand up.

The principal differences between Dutch and Australian methods, however, is all to do with the absence of bags and pads. The emphasis is on partner drills. An A class session, which is the professional training session, is almost no technique work. It is also taken for granted that all fighters do their own cardio and weight training in their own time. 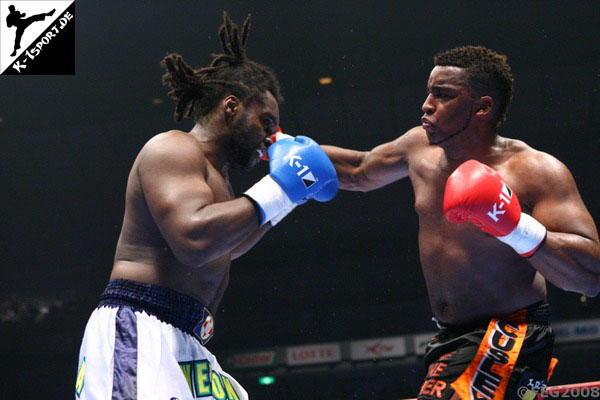 There is a three round warm up, generally skipping, followed by a short stretch to start the session. From here, the focus is all about hitting and being hit.

Drills start off slow. The fighters partner up and generally begin with a jab. This grows to a Jab / cross, and from there, we add a kick. To an outsider, the first impression is a painful one. Coming from Australia, most of my full-contact experience had been in actual fights, where stress and adrenalin covered over the pain and injury.

By drilling combinations to your partner’s mitts and legs, you get used to the impact of the blows, but also the sensation. What it feels like to have a hostile opponent hitting you as hard as they can. And once you become acclimatised to the stress, you get used to hitting a body.

A bag doesn’t have the same lines and angles; nor does it have elbows that stick out or knees that suddenly spike your shins. You also have the opportunity to observe your opponent’s body language and facial expressions; essential to ‘reading’ an opponent, a skill that is difficult to obtain outside of the ring.

Rather than working to a timer, we work to a clock. It has a three minute round with a 1 minute rest period, but no bell. Sometimes, depending on Cor Hemmers, trainer par excellence, we will work right through the bell, stringing out the round to between 6 and 8 minutes. Again, it’s about simulating the psychology of fighting; the seemingly never-ending round.

By extending the combination out to between 6 and 8 separate techniques, the drills train co-ordination and fitness. The drills are performed at maximum intensity, which is fighting intensity, depending on the weight of the partners and their level of conditioning. I felt that I had trained very hard in Australia and Thailand, frequently in suffocating heat and to the point of dizziness and near-collapse.

I was more exhausted for my first few months in Holland, and I think this has a lot to do with the amount of impact absorbed through drills and sparring. I think sustaining and absorbing impacts develops a kind of fitness of its own.

The drills are also a perfect warm up for sparring, which is the conclusion of each and every session. We average 6 rounds per ‘A’ class session, sometimes doing as few as 4 and occasionally, as many as 12. Each of the fighters must complete their allocated rounds, regardless of knock-down or injury sustained.

If you want to be fit for a certain activity, then you have to perform that activity as much as possible. In other words; if you want to fight – fight.

There is a variation of sparring where one fighter attacks and the other defends. Sometimes, it is for a minute at a time before changing, sometimes 30 seconds, sometimes 15. Sometimes, Cor calls out whatever period he feels like. Excellent for developing defence, and again, works the psychological angle.

To some, it may sound as if the training is too hard and therefore, injury intensive. I have found that I was plagued with more aches and pains while training in Australia. My training partners at Golden Glory seem to have beaten most of those pains out.

We always double-wrap our hands and wear two sets of shin-guards. Many of the fighters wear protective padded boots, also. The idea is to make maximum impact when you strike, but minimise the penetration of bones like shins and knuckles.

I started wearing 1 pair of the traditional reinforced leather Thai shin guards and was quickly encouraged to get a second set of softer ones to strap over the top; one pair of shin guards was considered ‘rude’.

The only bags in regular use are kickshields. Sessions sometimes begin and end with kicks and knees on the shields. The shields are very old and very worn, and absorb very little of the impact. Again, you get used to it.

Week one, I thought my leg would drop off. But over months, you adjust. I still struggle, however, with high kicks when my partners’ shin clashes against my forearm. But that’s kickboxing; no matter how skilled and how conditioned you are, at the end of the day, it all comes down to pain.

I haven’t trained at any of the other Dutch gyms, but as I understand, they all adopt this method. From the results you can see in the K1, it appears to be working. I recommend fighters of all weight classes making the pilgrimage to Europe rather than just Thailand to see what The Netherlands offers. 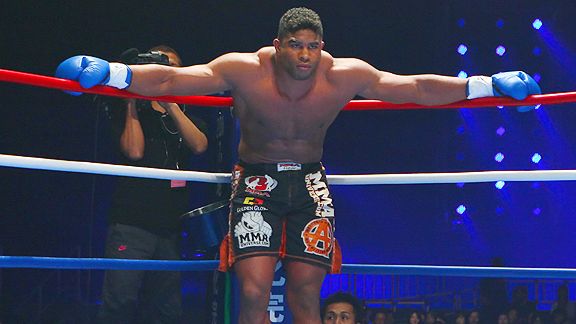