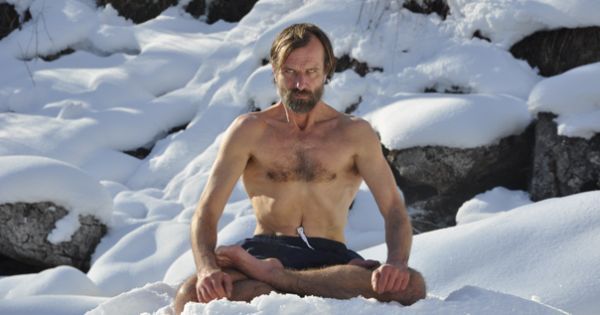 The following was the basis for a discussion on the ABC FM Radio National ‘Life Matters’ segment.

If you google Wim Hof, Wikipedia will tell you that he is a Dutch daredevil, famous for feats of seemingly supernatural endurance.

It turns out that Wim has used a combination of breathing exercises to control his autonomic nervous system, which is the aspect of the nervous system that science has believed to be beyond conscious control and manipulation.

He was famously injected with a toxin at Radboud University in Holland and he stimulated his autonomic nervous system to quash the poison.

‘Aha’, said the scientists, ‘You are the exception that proves the rule.’

‘No, I’m not,’ said Wim. ‘Anyone can do this. You give me ten ordinary people and in ten days, I’ll teach them all to do it, too.’

And, through his trademark cold exposure and breathing techniques, he did. All ten successfully repeated the experiment.

One of Wim’s maxims is that ‘People don’t understand true comfort anymore.’ I think he is referring to the idea that comfort is something that stems from being in an optimal operating state.

All climbing mountains in your shorts, swimming under ice floes and desert marathons aside, Wim says that if you can control your body, you can ultimately control the way you feel.

How does exercise foster self-control and discipline in your life?

I don’t think about it that way, although I had a girlfriend whose sister once waxed my legs for something to do and we discovered that apparently, I have a high pain tolerance. Kickboxing was good for something after all.

I think a lot of it probably comes down to perspective. Pain is a relative thing. An interesting factoid about pain in that it runs along the same nerves as your function. That’s why you can run through things like broken bones in your foot and the pain will go away. Something to think about.

How does exercise impact the level of self-control your clients have in their lives?

I tend to only see my clients within the context of the gym, but the fact they continue to turn up and continue to improve are the principal indications their self-control is developing.

I always commence my relationship with a new client at a very low threshold. Lots of talking, lots of trying stuff out so they become comfortable. Notions of self-control, pain threshold and tolerance and discipline tend to take care of themselves after that.

If self-control is about ensuring you’re in an ‘optimal operating state’ – how do you foster and build this?

The primary aspects of this are food and sleep. After that comes exercise.

Food and sleep are of critical importance because of the way they condition our experience of life. Ultimately, they affect our hormones, and hormones are the lenses through which we experience and come to know the world.

Exercise is a secondary – but still essential – aspect of this state of being, and notions of self-control are best considered within this space.

I struggle to read philosophy, so I’m always looking for shortcuts into it. One of my favourites is Alain De Botton’s The Consolations of Philosophy. It is both very interesting and hilarious. The chapter on Nietzche, the last one, is the longest and you get the impression that Nietzche holds a special place in De Botton’s heart.

Apparently, for all the grinding misery and frustration that plagued him, there was a brief period of his life when he moved to Italy. Good weather, good food; didn’t write a thing.

Eat healthy, get enough sleep, stay away from cigarettes and don’t drink too much alcohol. Try it as an experiment and see if it appeals to you.

How do you build the self-control or discipline to exercise at a decent intensity?

You persist with something you like – because you like it – and focus on the technique, or the rhythm, or both. The intensity, like your level of fitness, will take care of itself.

I have become somewhat fascinated by Wim Hof, and he suggests that cold showers are a great way to start off conditioning yourself. ‘To me, God is cold. The cold is ruthless, but also righteous.’

I know a lot of what you’d call disciplined people, but you should see the faces when I suggested taking a cold shower. I started off standing under a cold shower for a minute at a time, every day. I used a timer to prevent myself making excuses, and now I’ve got a good handle on the way my body functions under the water.

I think it’s given me an appreciation of what Wim’s ideas about comfort. It’s a weird sensation, being submerged in cold water first thing in the morning, but it really brings you to life. I really do feel fantastic.

I pour a cup of coffee down my face, jump into the Monaro and when I hit the gym at 6am, it’s like I’ve been fired out of a cannon at the front door from two suburbs away.

Do most people have the grit and discipline to work hard and often when they exercise?

If you’re chased by a bear, you will start running. A lot of grit and discipline stems from whether or not depends on whether or not your bear is internal or external.

Problem-solving isn’t always about having an answer; it’s about not being stressed by the problem. Your body is a combustion engine and you can use it to burn off stress.

The other thing I find interesting about exercise is that time is a construct. The only true clock that’s marking time is located in your chest. If you can eliminate your concerns and worries, sacrificing them to that particular rhythm, you’ll find the grit and discipline. These are not external traits. These are things all people have within them. These are the gears of survival.

Where do you the willingness to work hard comes from in an individual, based on your experience as a PT?

Getting people to work has a lot to do with a level of comfort, and also an engagement with their likes and dislikes. As I get older, I’m probably easier to engage because I understand that an appreciation of art, or philosophy, is about shifting out of your own headspace and trying to see things from the headspace of another person. You have to let go of ‘true’ and ‘right’ and experience how something feels.

Whether you ‘agree’ or not, you can appreciate that a work of art, or an activity, works for someone else. And this is probably one of the hallmarks of a good instructor.

A good instructor is someone who speaks in their own language, from their own perspective. Those things help you travel from your own headspace, or reality, to theirs. Your own curiosity is a great driver.

The wrong attitudes people have to exercise… Where do they mentally slip up?

Don’t have an attitude. Just do it.

What are some key things people need to say to themselves to build the discipline to exercise?

Find something you like! Saying you don’t enjoy exercise is as flat-out ridiculous as saying you don’t like to eat. It’s not supposed to be a chore. There will be something that speaks to you, most probably on a metaphorical level.

Try different things and look for what you enjoy. And while you’re at it, start thinking about what you consider comfort to be.

My favourite quote from Nietzche is probably ‘All heroes and geniuses are play-actors of their own ideals.’ I think that training, is the arena where you vent your frustrations, but eventually come to practice your own ideals.

Discipline is the essence of that practice. It’s inherent within the folds of all human passion. We’re all doing it anyway. Don’t ‘think’ yourself out of it.

The broadcast from which this post is taken is available here.

The full greatness of Wim Hof is attested to in this documentary, ‘Inside the Superhuman World of the Iceman.’ 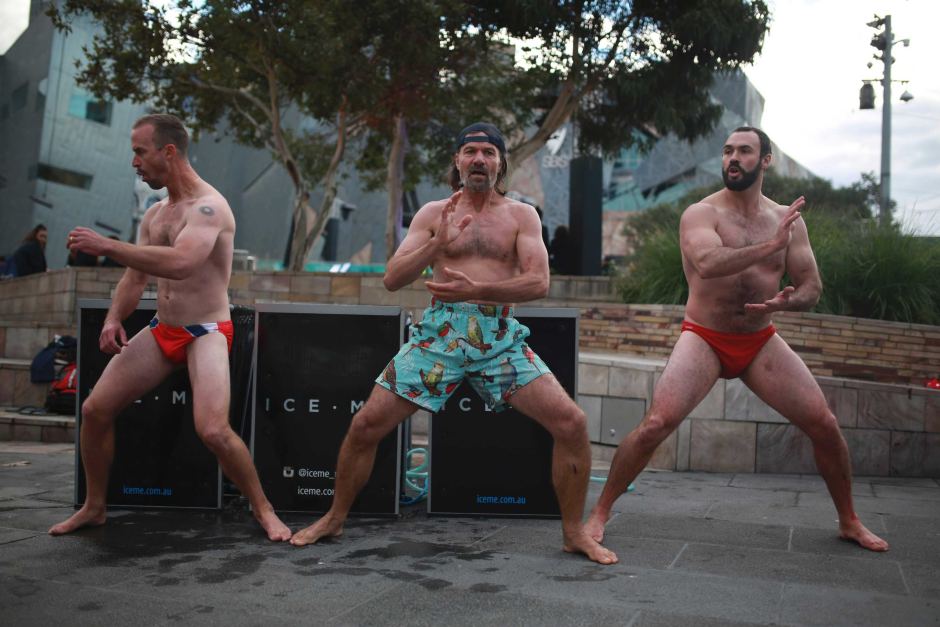