Do My Abs Look Big In This? 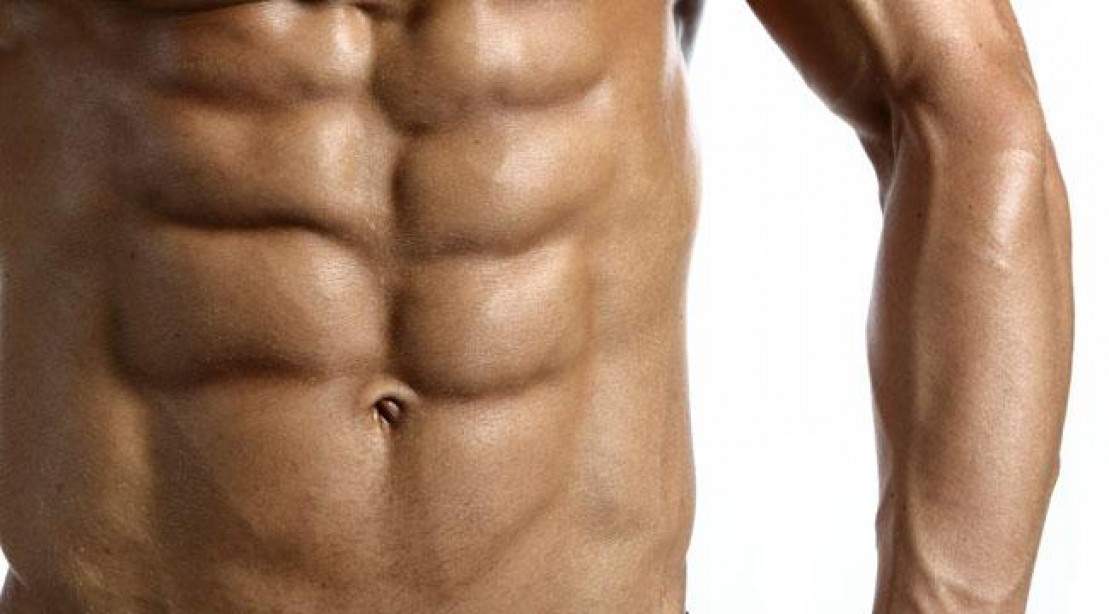 When Doctor Gary got my latest MRI, he explained that the pain in my shoulder was coming from two distinct sources; one was the partial tear in my biceps tendon and the other was a bursitis that had formed where the injured tendon threaded beneath the collarbone.

He added these to the herniated disc in my back, the tear in my hip cartilage, the broken ankle full of bone fragments and the torn cartilage in my right shoulder. It was starting to look bad. And it felt worse.

‘Most of what’s wrong with you will heal, but you have to rest.’

I knew if I tried to rest in Australia I’d go crazy, so I decided to take six months off to travel to see if I could come good. When I came home, much of my pain had resolved itself, but the mirror told a pretty dire story.

My chest had slipped down towards my belt, I had skinny arms and my abs were nowhere to be seen. I had a ‘dad’ body. ‘No one’s going to love me,’ I thought, so it was back to the gym.

Ironically, all I could do was lift weights and doing so would help to heal my damaged tendons. Given that all that was left to me was body-building, I thought I’d give it a go.

The top three reasons for going to see a personal trainer are losing weight, getting fit and toning up. I’d never trained for those reasons. I’d been a super-heavyweight kickboxer, so I was on the ‘seafood’ diet; anything I saw, I’d eat.

Training for sports is a very different undertaking to training for aesthetics. A bodybuilder conceives of training relative to the separate parts of the whole; arms, back, shoulders, legs, chest.

Athletes, however, need to consider how the whole works to perform the movements necessary for performance. Therefore, athletes train in terms of movement patterns.

There are seven different movement patterns:

Once I’d decided to try some body-building, I felt my frustration beginning to thaw. This was a real project; not only was I going to train, but I was going to diet for the same reason as most of my clients. I would be living the experience from the inside out.

I explained all this to my housemate who was about to graduate from his degree in medicine. He was most enthusiastic about the project and loaned me a book on the subject of attaining aesthetic physical perfection.

I read the book and to be honest, I was impressed. It detailed everything I felt I needed to know – I’ve been hanging around gyms for decades, even if aesthetics aren’t my speciality – and the information was sequential and easy to understand.

There was only one thing about this book that threw me, and it was the recommendation that I should cut out pictures of what I considered ideal physiques and post them up for ‘motivation’.

A girl I was seeing at the time came over and flicked through the book, and in the middle were a whole lot of what I could only describe as glamour shots. The author was in the gym, about to do something, or just after he’d done something, and he stood up, oiled and lit for maximum definition.

She was very excited by the photos and was very enthusiastic in her praise of his body.

She pointed out the two things he had that I didn’t; an extra two abdominal muscles below his navel. The fabled eight-pack.

We went to bed, I lost my erection for the first time in my life and had nightmares about the author’s abdominals.

My housemate also suggested I begin to count calories using an app on my phone. I would weigh what I ate, enter the details into the app and it would tell me how many calories the food would yield, broken down in terms of its composite macronutrients.

“How many calories should I eat per day?” I asked.

“How did you come up with that?” I asked. He rolled his eyes.

“Just start with that and see how you go.”

I started to lose weight. I also began to lose strength in the gym, but the shadows in between my abs looked like they’d been applied with a paintbrush. After six weeks of this, I organised to have an InBody Scan.

An InBody Scan is a body composition analysis which details a whole lot of data about your physical condition. The machine gave a glowing evaluation.

“Congratulations,” said the woman, “You’re in the elite specimen category.”

“That’s great to hear,” I said, “Then why do I feel like hell? I feel sad, like I’m going to burst into tears every five minutes.”

“How many calories are you eating a day?” she asked.

“A lot more!” she said, with that special tone reserved for imbeciles. “You should also go see the doctor and get your blood work done. Find out where your basic hormone and nutrient levels are at.”

I made an appointment at the pathology lab and went and got stabbed.

“I don’t have to come back for the results, do I?”

“No, we’ll just email them through if you like,” the nurse replied.

A client of mine turned thirty around this time and was kind enough to invite me to her birthday, so I turned up. It was a costume party, and naturally enough, I went as myself. I didn’t know anyone, so I headed for the buffet table.

The table was loaded with cupcakes, brownies and lollies. I’ve never really eaten that stuff; my mother wouldn’t permit it when I was a kid, and I never developed a taste for it. That and the fact that I’m used to eating to fuel my training and because I’m full most of the time, I’ve rarely eaten simply for taste.

Anyhow, I picked up a cupcake, peeled off the paper and started eating.

“Wow, that’s good,” I thought, so I ate another. And another. And then I ate a brownie. Next thing I’ve got a cupcake in one hand and a brownie in the other when the host spies me and makes her way over.

One of the other interesting discoveries of the experiment is that I have developed a real passion for junk food. I will buy a packet of Tim-Tams after leaving the gym and inhale the entire packet on the drive home.

Some days later, I had a voicemail message from the doc requesting I phone him back to discuss the results of my blood test.

I rang until he picked up the phone.

“It’s alright,” he said, “It’s nothing drastic, but some of your results are a little irregular,” he said. “You’ve got low testosterone.”

I realised that my sex drive had plummeted and it was one of those things where until it was bought to my attention, I had no knowledge that it had disappeared in the first instance because it simply was not there.

I decided to see the diet through. I wanted to see what happened if I stuck at it. What I found most remarkable was that by restricting what I ate, I had actually altered my hormonal balance and consequently altered my perception of reality.

Simply through what went in my mouth. And while I had certainly gotten a lot closer to the physical ideal I had lost my sex drive, so I had no desire to do anything with it, other than inhale Tim Tams a packet at a time.

My body fat eventually came down to about seven per cent, which to put it in context, is a little higher than what most body builders compete at.

I fought at one hundred and ten kilograms six years ago and at that time, my body fat was probably somewhere between ten and fifteen per cent, but I was squatting two hundred kilos, deadlifting the same and running four minute kilometres.

I was legitimately fit and healthy with a much higher sex drive and all my markers were performance-oriented.

Naomi Wolf made the point in her book The Beauty Myth that while there were numerous body types for men to aspire to, there was really only one for women, and that was the skinny catwalk model.

I worked for a hardcore gym equipment company and we had a lot of sponsored athletes; strongmen, crossfitters, power lifters, both men and women. Each of those athletes had a body type that was essentially a tool which had evolved entirely towards its purpose; strength, power, endurance.

Physical appearance was the emblem of its function. And admiring the body was almost always in the context of action; watching what it could do. Lift, run, jump, throw, swing, climb or fight.

The first indicator I had that something was awry with all this was when the manual instructed me to collect clippings of physiques I admired. The problem with that is because my own perception of my body changes so much from day to day. If I haven’t trained for a week I feel like a slug and then once I go back to the gym, I look in the mirror and see Batman.

I returned to eating normally and, once most of my injuries had resolved through a combination of rest, rehab, swimming and yoga, once again focused my training on performance markers.

And I broke up with the girl.

Link to broadcast is here.