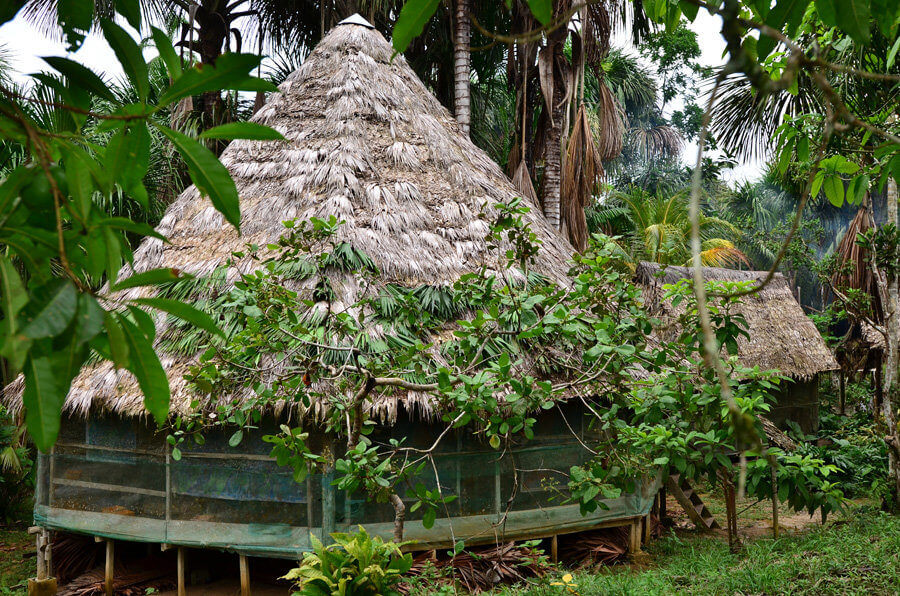 Ayahuasca is a traditional medicine employed by indigenous tribes of the Amazon basin. Estacion Kapitari is run by the shaman Don Lucho, who brews and dispenses ayahuasca as a medicine that is taken within the context of sacred ritual. In other words, if you want to take it, you have to submit to the process and its broader schedule of preparation.

The thing I wish I’d been told at the outset was that ayahuasca is an ordeal, the same as a professional fight. You have to be prepared for an exhausting, often painful experience whose rewards have to be earned.

Preparation begins by eliminating drugs, alcohol and certain kinds of foods from the diet. Once at Kapitari, you go on a limited diet of two meals a day with no sugar, salt or caffeine. Finally, before each meal, you have to take a combination of traditional plant medicines.

The jungle, the heat, the privation and complete absence of routine relax the strictures of mindset. Waking with the sun and sleeping shortly after sunset resets circadian rhythms and helps the supplicant rediscover just how many hours make up the full complement of a day.

The ceremony itself transpires in a ritual space called a malocca, which is a large communal hacienda. Each of the participants lies on a mat on the floor with a pillow, a blanket and a bucket at its foot. The ceremony begins with each coming forward to imbibe the ayahuasca, not unlike a communion of sorts.

Some set an intention for the issue they want to explore or a question they want answered. While I had things on my mind, I preferred to be subject to the experience, rather than try to command it. I’m aware that I’ve got a rather healthy ego and to that end, maybe less would be more.

The thing I was unprepared for was the intense noxiousness of the substance. It’s like a kind of rancid vegemite that is thick and seems to cling to the mouth and throat. The taste was literally unbearable and by far, the most disgusting thing I’ve ever had in my mouth.

In fact, if you offered me a shot of Ayahuasca (the standard dose is probably about 20 ml) or a cockroach sandwich for the same effect, I’d be inclined to try the sandwich first. The potion triggered a rash of vomiting, especially amongst the girls.

I swallowed the Ayahuasca and sat down on my mat. Once all the supplicants had imbibed the substance, the facilitator blew out the candles and we were plunged into the abyss.

My mind began to spin like a demented turbine. I wasn’t prepared for so many thoughts; I had believed I would be released from my mind and into something else.

Other than mind chatter, I didn’t feel like I got much of a result from the first cup, so I took a second when it was offered. Once I lay down again, I began to imagine various scenarios and conducted all kinds of manic conversations with people long interred within the glacier of the past.

The ceremony is presided over by the shaman and his assistant, all of whom take turns in singing what is known as an ikaros, an incantation to protect and guide the participants on their journey.

Once midnight arrived, the candles were relit and the assembly dispersed, staggering back to their huts in the dark. Very far from being tired, I plugged in my headphones and listened to the band Sleep.

By some kind of weird act of aural co-ordination, I was able to hear each musician separate from the others. The drums sounded like stage machinery drawing the clouds of bass guitar across the sky, its amassing rhythms flashing in various shades of orange and yellow and grey.

And then – the guitar came forking across them like lightning. I felt as if I was floating amongst the strata of the instruments as they turned around my suspended self like a constellation.

The next morning, the group met in the malocca after breakfast. Each supplicant told the story of what they’d experienced and the shaman’s son Wagner, himself training to be a shaman, assisted in interpreting the visions.

While I hadn’t sought a specific resolution, I did feel that I was able to let go of a few things that had been plaguing me. In fact, I had that sense of almost thoughtless resolution that is more the result of being freed of the coils of a fixation, whether that comes with an intellectualised realisation or not.

Kapitari provided three mandatory ceremonies three nights in a row, starting at seven pm and finishing at midnight. I began the second ceremony with two cups and lay down. Over the course of the five hours, there was some reiteration of things I’d considered night the previous, but little else. Aside from the fact that what I had thought was going to be a fart was actually loaded.