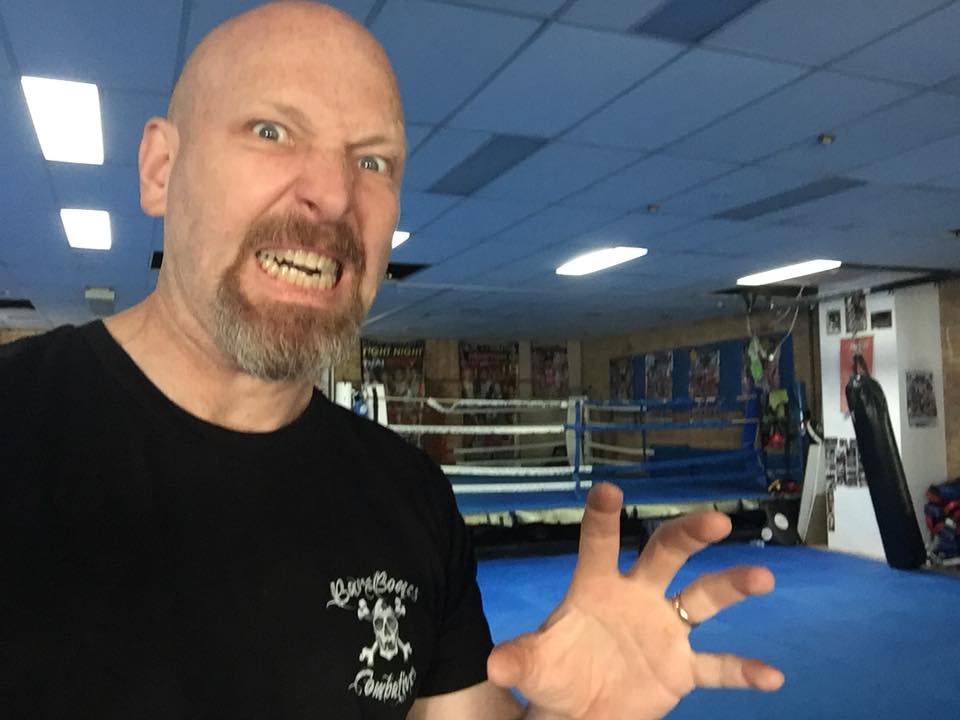 One is psychological, the other is slightly physical. When I teach, I have three-tiered mindset: scared, angry and controlled mindset. Those are the three I play with. The warm up is about getting you into that frame of mind. Visualisation, self-talk. With fitness, there’s only a little bit of self-talk in that.

Then, we’ll do exercises with maximum output, as fast as possible to get into your ATP system (85% of maximum heart rate and above). After ten to fifteen seconds, you’ve got nothing left.

We give you between three and five minutes to get your energy back and then ask you to imagine something, a surprise scenario, and you have to get into it using your lactic system. You feel bad and move badly. Training for self-defence, that’s what we want to do. We hit the psychological and physiological aspects separately, but we start work at the point at which they converge.

Are there differences in the physical skill-set? Are they supplemented and improved by conventional attributes of fitness, such as strength on a bench press, or cardio from running and cycling?

They can be, but when that survival stress is introduced, it’s not a deciding factor. The pyramid is mind, body, skills. Martial arts tend to work the other way around.

How can you improve your warm ups for the gym based on what you might learn in a self-defence class?

Yes, in that you can be more mindful of the outcome.

What’s your fitness background? What’s your self-defence background? How do the two cross-over? How have they crossed over in terms of what you do now?

For fitness, it was the same as most people. I’ve done weights and aerobic activity over the years. Over time, it has broken me. It’s been a matter of short-term gifts that seem to always break down. I need them to perform, but eventually I became injured.

I’ve lost count how many times I’ve been hurt from pushing it a little bit too hard. Now, my focus is on being efficient and effective. Nothing I do is simply focused on just burning calories or making my muscles bigger.

What are you offering to the average punter?

A different way of thinking and a different way of moving. I teach normal people. Most of my people testify by saying that the training ‘changed my life’. They say, ‘I’m a happier person; better with my family, better at controlling my anger’.