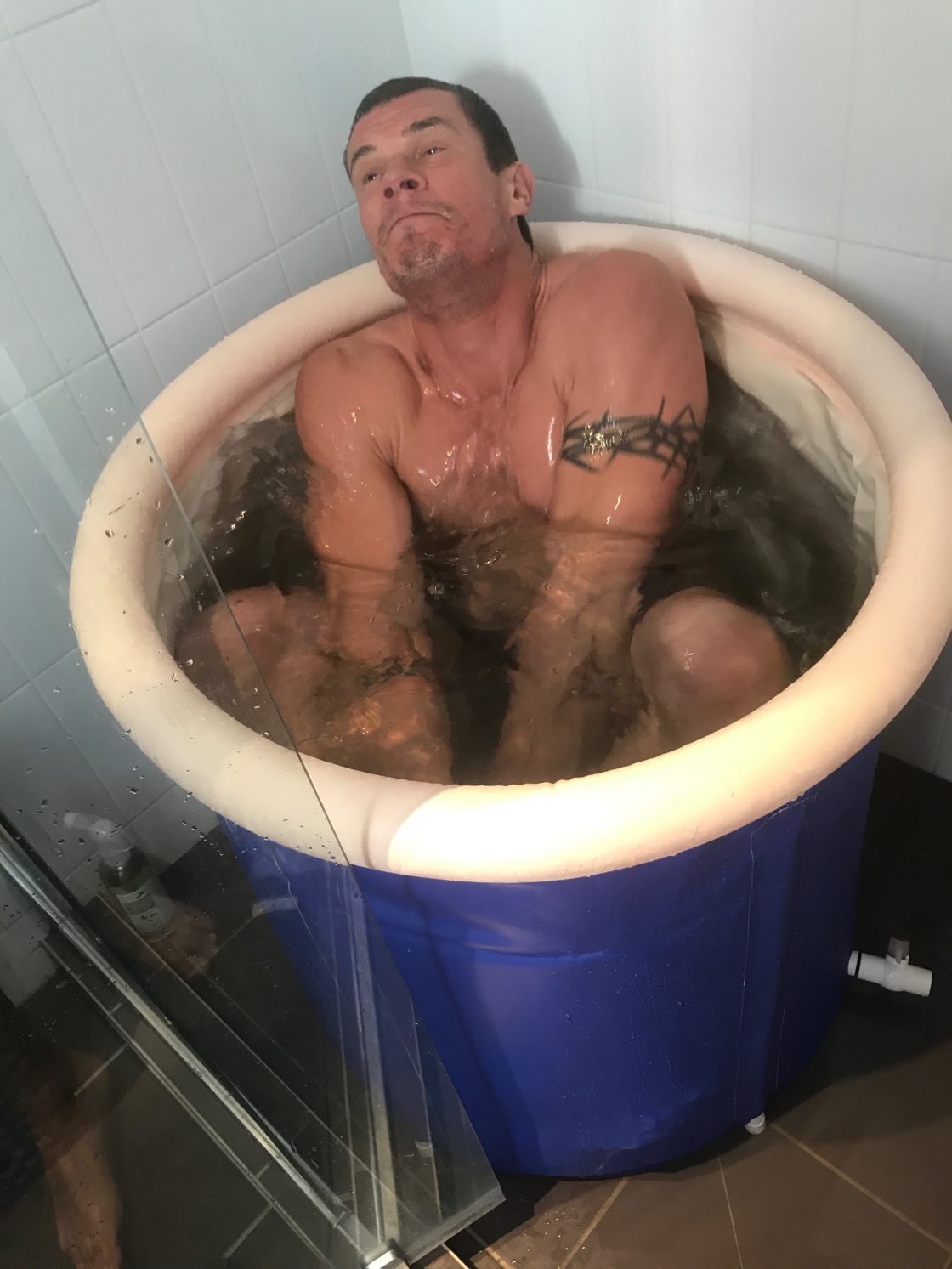 Tyger Tyger has a few things that separate it from the average PT studio, one of which is gun osteopath Doctor Daniel Gaitz, who was responsible for the introduction of the infra-red sauna.

As proprietor of Tyger Tyger, I find myself in a typical position, regardless of my atypical journey to arrive there. In my early forties, I’ve developed aches and pains as a result of a penchant for punching and kicking other dudes.

This has led to a number of problems which cause me pain and interfere with my ability to enjoy myself in the manner to which I had become accustomed. I don’t deadlift any more than 150kg, I don’t really squat, the tear in my shoulder prevents me from throwing punches and the mangled ankle means I can’t run.

There’s a silver lining to all this, in that the necessary process of rehab has introduced to me to a number things I would never have bothered with otherwise, principally yoga. For me, the process of ageing has been characterised by pain and injury. If I’m not sore and I can do whatever I like, I don’t feel old.

The infra-red sauna was a damned good start. The propaganda says that it assists in the production of human growth hormone after exercise, as well as detoxification. Regardless, I began to use it and have felt really good since. I also noticed my shoulder pain had improved significantly.

After some discussion, and attendance at a seminar conducted by Dutch mystic/guru/lunatic Wim Hof, Daniel and I decided to buy an ice bath. There’s the possibility it would aid recovery, but it was also a cockamamie scheme that exuded just the right amount of devil-may-care foolishness to appeal to my macho, juvenile sense of adventure. 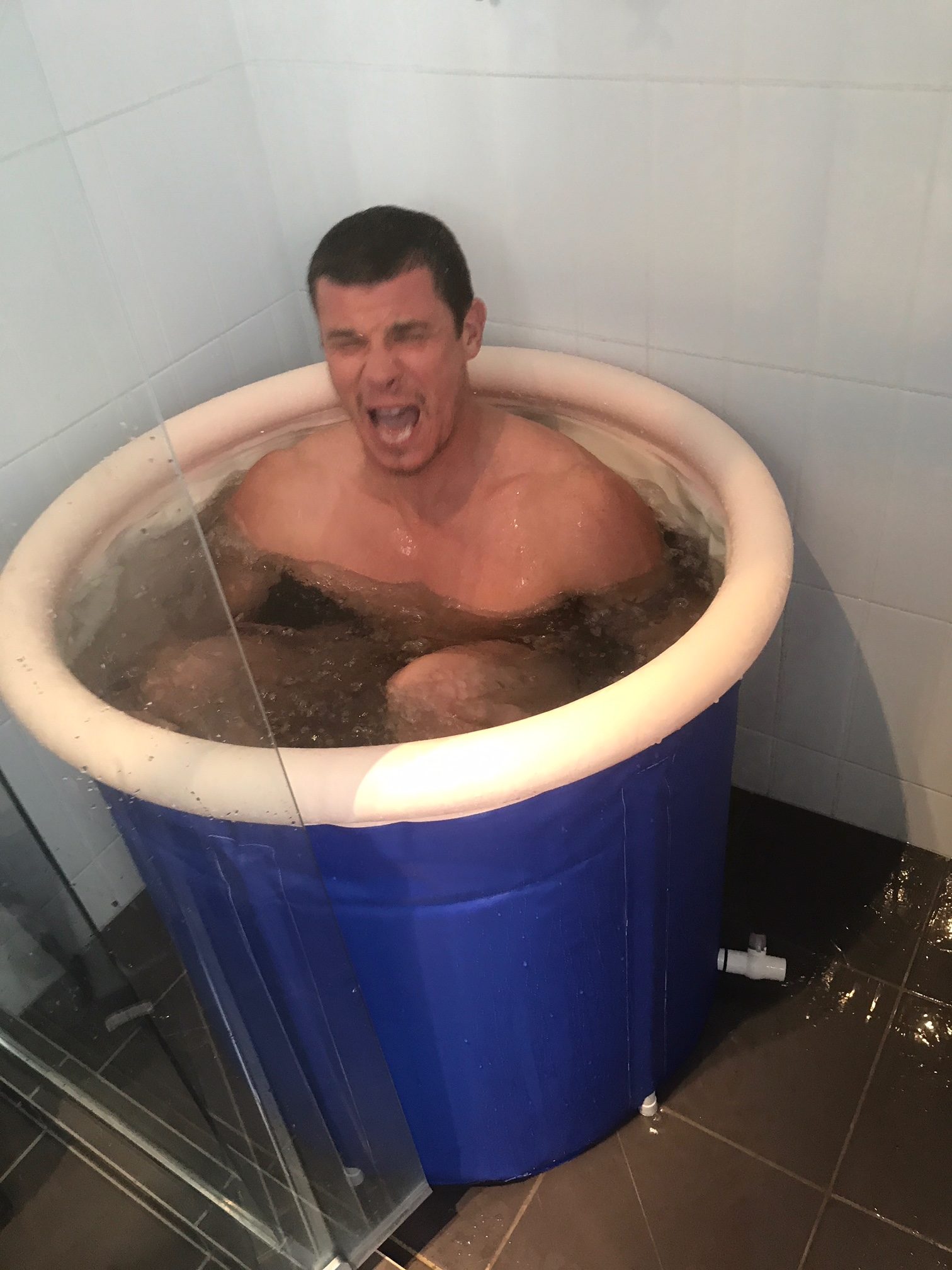 We bought the bath for about sixty bucks over eBay and, with ten kilograms of ice and a whole lot of water, prepared to climb in for a three-minute period. Daniel wasn’t convinced; there wasn’t a lot of ice in there. I had soaked in a kid’s pool with some disparate ice particles floating on top under Wim’s crazed supervision some months earlier and was not to be deceived.

Daniel went first and I went after.

It’s good to have someone to do this with; if not, you might be a pussy and jump out ahead of time. I once heard Wim say that ‘The cold cuts like a knife’. Experience has shown this to be a pretty accurate description. I felt as if my torso had been slashed open by a giant talon of cold and my breath came rushing out of the gash.

That doesn’t prevent you taking another breath, which is all Wim offered as a defence from the impact of the cold. It’s an odd sensation, and one you can’t understand until you experience it for yourself. It’s most simply described as pain, but I’d say it’s almost like a drug that lights up your nervous system like the Las Vegas airstrip at night. Every light on the runway is blazing simultaneously.

The first thirty seconds is also the worst. After that, you settle in. I found that my body began producing an enormous amount of heat and while my skin was freezing, my insides felt warm.

Three minutes later, we were laughing and hooting as we dried off. All such voluntary trials and privations are good for the soul:

“Do every day or something for no other reason than that you would rather not do it, so that when the hour of dire need draws nigh, it may find you not unnerved and untrained to stand the test.” 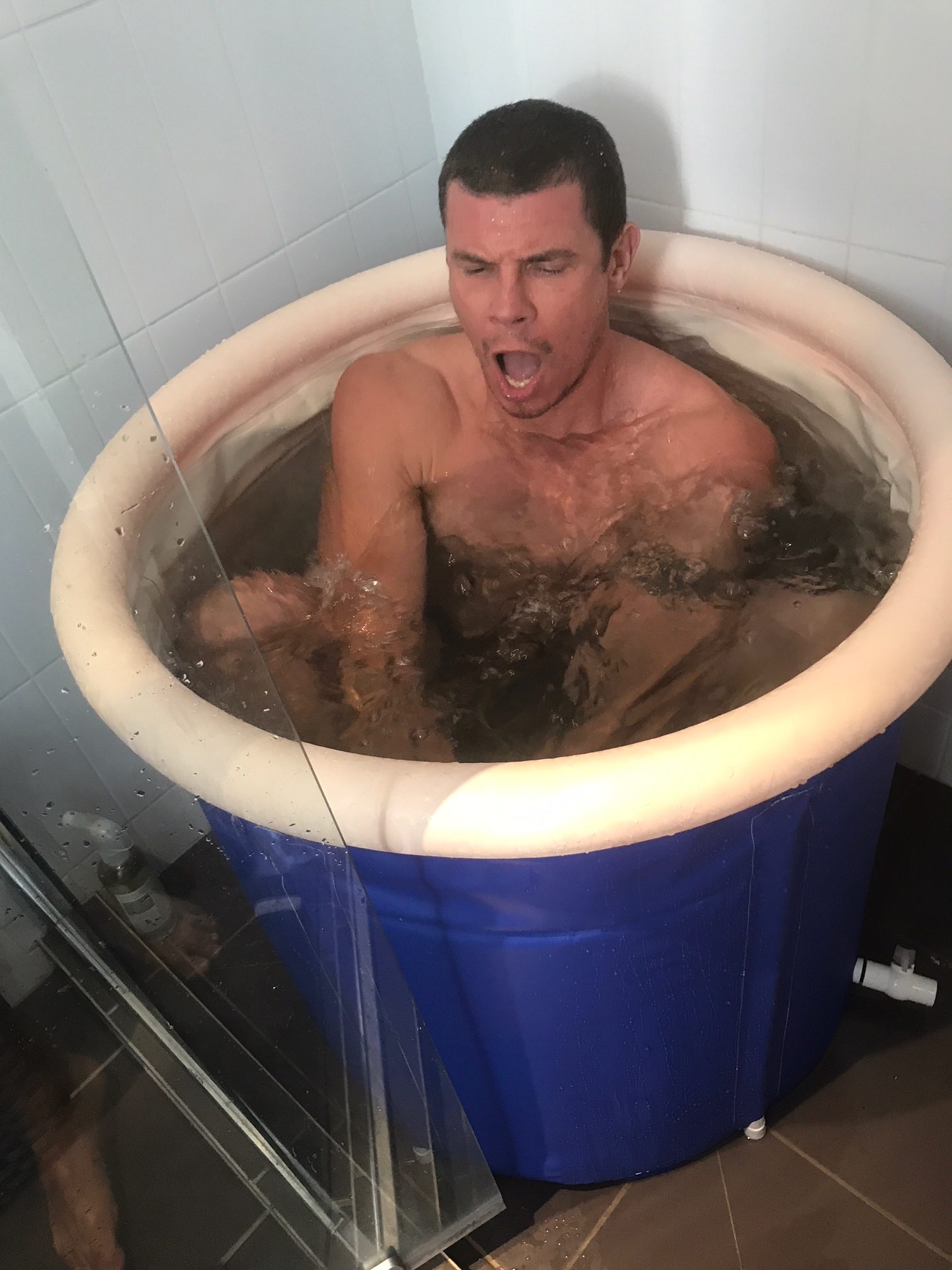 While relating the story to a colleague he castigated me for not using enough ice; double the amount would do a better job, so the following week it was four bags instead of two. We had a pool thermometer by this time and before climbing in, Daniel established that the water temperature was, in fact, an arctic four degrees centigrade.

I don’t know if it was any more intense. Subsequent research (formal research was undertaken afterwards, which may give you some insight into the brains trust at Tyger Tyger) revealed optimum temperature for ice bath recovery to be about nine degrees.

What I do know is that the most significant pain I experience, the pain in ankle joint and shoulder which prevents me boxing, was resolved entirely. It had begun to creep back after a week, and I haven’t had the second ice bath for the week as I have caught a head cold from one of my clients.

That said, I boxed for the first time in two years yesterday and neither shoulder nor ankle has given me any trouble, during or since. 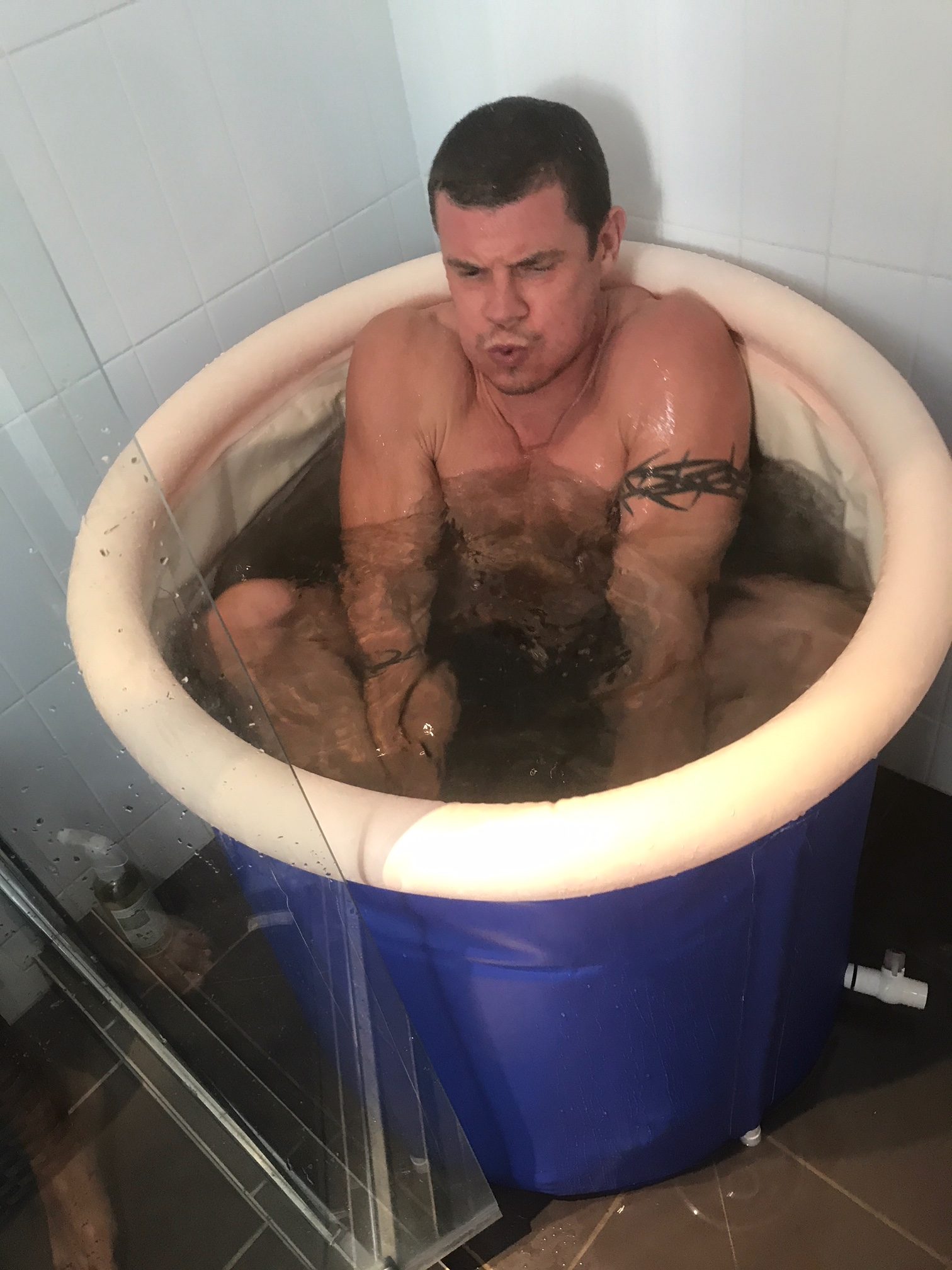 The idea of ice baths is to speed recovery so that a greater training load can be undertaken. It also helps with pains like tendonitis, which plague most people who have had any involvement with athletics for a reasonable period of time at a reasonably significant intensity.

For your average citizen, it will speed recovery and deliver relief in the same way, but also increases testosterone levels. Regardless, in the space of two weeks, ice baths have helped me return to doing things that pain has prevented me from engaging in for years. And I’d consider that a very strong start.

Tyger Tyger offers ice baths for $15 per ten-minute immersion, or $10 when purchased in conjunction with an infrared sauna, PT or osteopathy session. 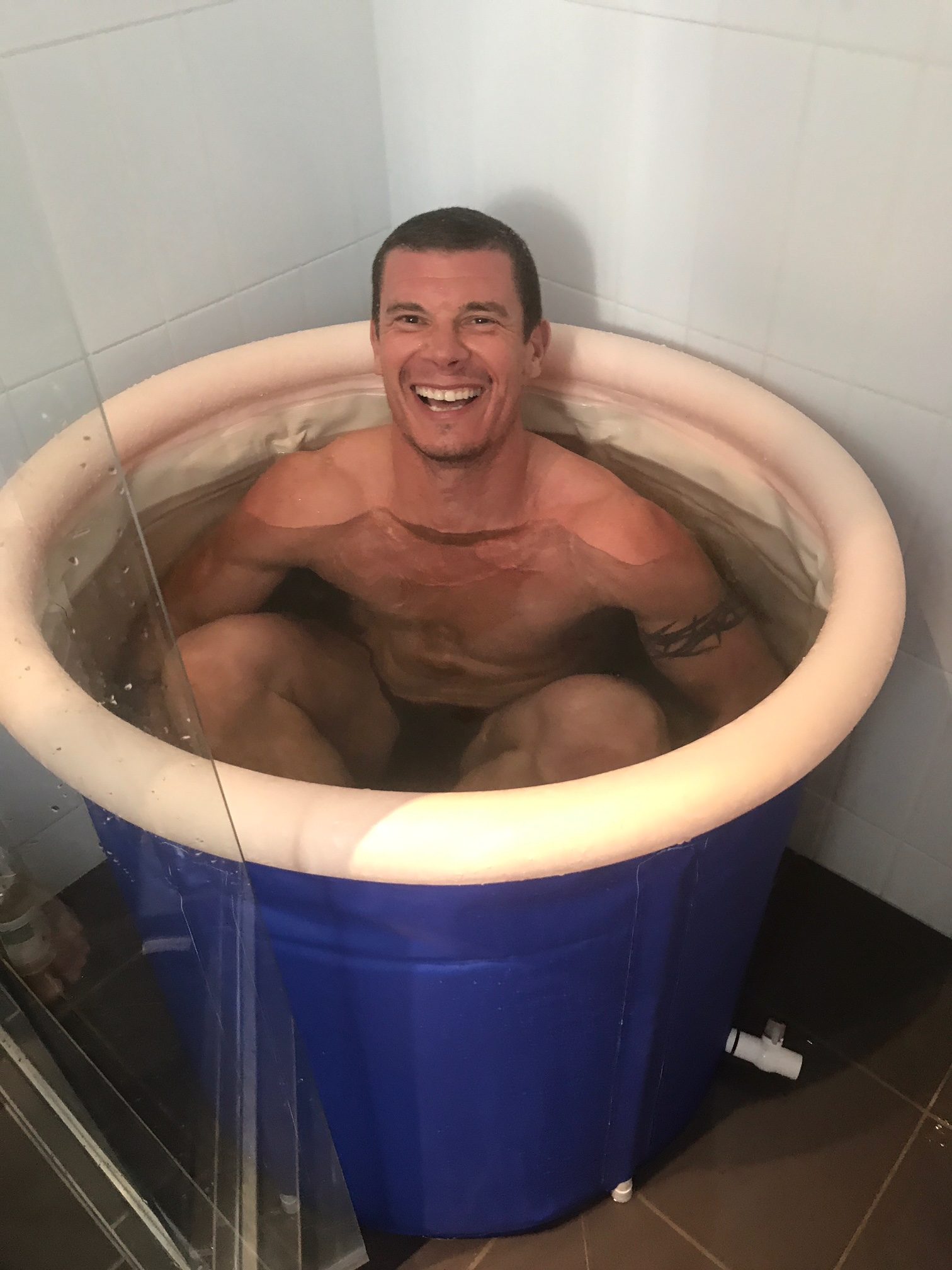